and it turns out that was apparently the final in the Note series. Since then, we have seen Samsung add S Pen functionality to the

, but neither of those devices came with an S Pen, did not support Air Actions, and did not have an integrated silo to store and carry the S Pen.

is the true successor to the Note 20 Ultra. It offers unique experiences when compared to other Android smartphones, including the integrated stylus functions, outstanding and reliable cellular performance, and superb telephoto results.

phone has very basic stylus support, but nothing like we see from Samsung. No other Android or 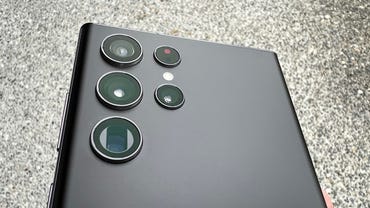 The S22 Ultra starts at $1,199.99, with the 1TB model priced at $1,599.99. There are four standard colors available (Burgundy, Phantom Black, Phantom White, and Green) with Samsung.com exclusive colors of Graphite, Sky Blue, and Red. Pre-orders were very popular, so delivery dates for most color and storage options are several weeks away. We tested a 256GB Phantom Black model with 12GB of RAM.

When you look at the S21 Ultra in comparison, the only obvious differences, in terms of specifications, are the newer Qualcomm processor, colors, and better integration of the S Pen. The display, RAM, storage (except for the 1TB option), connectivity, camera hardware, battery capacity, and the rest are all the same. The cameras have been enhanced with software improvements, but the focus here is clearly on the slightly different form factor and S Pen support.

Last year’s S21 Ultra incorporated Samsung’s Contour Cut camera housing that extends the metal frame out from the right side and around the back. The S22 and S22 Plus looks to have a similar design as last year’s S21 models while the S22 Ultra has a simple, minimalistic rear camera layout with five raised circles protruding out the back of the phone on a field of matte Gorilla Glass Victus Plus. Both my wife and I first thought of a spider’s eyes when we saw the cameras on the back of the Phantom Black S22 Ultra, so now, whenever I look at the back, I think of a spider.

Four cameras are found on the back, with two of them serving as telephoto cameras, one as an ultra-wide, and the other as the main 108MP shooter. Ten times optical looks great, while zooming in up to 30 times still results in usable images with readable text. The 100x Space Zoom is fantastic for capturing photos of the moon, but for other objects in daylight, you are going to want to mount the phone to a tripod to stabilize the shot.

I’ve always used Samsung phones for their superb macro results, but this year my testing revealed that the

The major change here with the S22 Ultra is the inclusion of the S Pen and a silo to store and charge it. Since it is a Bluetooth stylus, it is charged in the silo and supports wireless Air Actions. Samsung also reduced the S Pen latency to just 2.8 milliseconds (from 9 milliseconds), so your pen will flow flawlessly across the display.

The Galaxy S22 Ultra is a gorgeous piece of hardware with minimal top and bottom bezels and no side bezels, with the sides of the display curved down into a rounded side design. The curved sides are subtle, and I have not experienced any inadvertent screen activations or degradation in the performance of the S Pen. The display is gorgeous, bright, and vivid, just like one would expect from Samsung.

Samsung offers a host of

accessories for the S22 Ultra

and as part of my review experience, Samsung sent along a couple of chargers and a case. The

, $39.99 price, is a unique case available in Navy or White. The Navy one that I was sent has the colors of my college, so it was appropriate that I spent some time with this orange and blue case. The silicone material adds serious grip to the phone but also tends to collect lint and dust. Perfectly cut camera openings are present so that they are well protected and fully functional.

The strap serves as an alternative to a Popsocket with a comfortable wide strap that lets you slide your fingers in and hold the phone securely in place. You can connect a carabiner or other loop to the metal end and even swap out the strap for other designs. The S22 Ultra still charges up wirelessly while mounted in the silicone case.

The Galaxy S22 Ultra supports 45W fast charging, but there is only a USB-C cable in the retail package, so you have to purchase a charger separately. The

is priced at $49.99. If you were offered Samsung store credit, this would be a worthy accessory to support the fast and safe charging of your S22 Ultra.

that provides a 65W capable USB-C port, 25W max USB-C port, and a 15W max USB-A port so you can charge multiple devices at once. This is a great charger for people with a Samsung phone, watch, and earbuds.

The Samsung Galaxy S22 Ultra launches with Android 12 and Samsung One UI 4.1. The January 1, 2022, Android security update is present on our review unit. Samsung’s new software upgrade policy means you will likely receive up to four operating system upgrades and five years of security updates. The company has a proven solid track record of regular security updates, and we look forward to experiencing extended support for these expensive flagship phones.

The color palette features from Android 12 are present, as you can clearly see when you go through the phone setup process. It’s great to have Android 12 out of the box, and there are some areas where we see Google and Samsung working together more than in the past. While there are still two text messaging apps, both named Messages, installed on the phone, the Google Messages app now looks a bit more like Samsung Messages and even includes the Text on Galaxy devices functionality.

I personally find value in some Samsung apps, such as Internet, Calendar, Gallery, Samsung Notes, and Samsung Health. They are installed by default and offer a slightly different experience than standard Google apps. Microsoft apps, including Office, OneDrive, Outlook, and LinkedIn, are also installed on the S22 Ultra by default.

After briefly using a Google Pixel 6 and then an iPhone 13 Pro Max, I don’t understand why manufacturers like Samsung continue to make core functions difficult for the consumer. One example that bothers me, especially after years of the same frustration, is visual voicemail. Google and Apple have support for visual voicemail natively in the phone app, while Samsung devices on T-Mobile require you to download and install a separate T-Mobile visual voicemail app so voicemail is separate from the phone and it is also not very reliable. It’s the little things like this that I hope to see resolved someday on Samsung phones.

The camera software is the most significant app from Samsung on the S22 Ultra. It is similar to past versions, which means there are a ton of settings, options, and modes for you to explore. Shooting modes include single take, portrait, night, photo, video, pro, pro video, food, panorama, super slow-mo, slow-motion, hyper-lapse, portrait video, and directors view. You can also download other modes from the Galaxy Store and include modes in the AR Zone. If there are modes that you use often, then tap and hold on the mode and drag it into the quick access menu so that you don’t have to first tap on the More option to view all of the modes.

Filters, aspect ratios, timers, flash settings, scene optimizer, and much more are designed to help you capture the best content possible with the S22 Ultra. You can toggle on shot suggestions to help guide you, and this is a great option for helping you learn how to best use the phone’s cameras.

Over the past couple of weeks, I took many photos with both the S22 Ultra and an iPhone 13 Pro Max. Results were fantastic from both phones, with the Samsung Galaxy offering a bit more saturation and pleasing appearance in many cases. The S22 Ultra night shots were a bit lighter than the iPhone, but in some cases, it was almost too much light. You really can’t go wrong with either phone for most shooting scenarios. When it comes to taking photos of the moon, a very niche situation, nothing beats the S22 Ultra, and the results were almost unbelievable.

I’ve been using Samsung phones for a long time, but I am starting to find small things that continue as issues for me over many years. On the S22 Ultra, this includes no support for visual voicemail on T-Mobile in the native phone app (Google and Apple provide this), ads that appear in notifications and the Galaxy Store, and two apps named Messages with one from Samsung and one from Google. I know these are small annoyances, but I don’t experience them on the iPhone 13 Pro Max and in a world where smartphone parity is almost reached, it is the little things that mean even more.

One reason I moved from the Z Fold 3 to the iPhone 13 Pro Max was battery life, and the iPhone continues to beat the S22 Ultra in the ability to continue working well beyond one full day of heavy usage. The S22 Ultra lasts longer than the Z Fold 3, but at times I can watch the remaining battery percentage tick off at a regular cadence.

The S Pen is very well supported on the S22 Ultra, and while it is mainly useful for quick notes on such a small, non-tablet display, I find myself using it to navigate around the phone, scroll through long lists or webpages, and prefer to use the S Pen for a better overall interactive experience instead of using my finger on the display.

The S22 Ultra is clearly the best Android smartphone available today, and if you have an old phone to trade-in or took advantage of the pre-order specials, then I’m confident you will be very happy with your expensive new phone. There is still some room for improvement, and I look forward to future Samsung phones with an integrated S Pen.